Michaela has a vision, and Walter shares it.

There's a new kind of energy at Kensington Publishing Corp. And it has been building since Michaela Hamilton ascended the elevator at 850 Third Avenue two years ago. After a 25-year career in book publishing (including 10 years as editor-in-chief of NAL) and a few years at freelance editing, Michaela got the offer from Kensington founder and CEO Walter Zacharius to become the company's new editor-in-chief. Now this ball of fire has the freedom to realize a vision she and Walter share.

Kensington, once known only as a romance publisher, now embraces nine imprints, and its books range from mysteries, thrillers, and true crime to African American literature, Wicca, gay/lesbian, popular culture, and chick lit.

In fact, the independent house has the reputation for being an astute and determined "David (or Walter and Michaela)-vs.-Goliath" publisher of titles in the full spectrum of categories, both fiction and nonfiction.

The company has just hired two seasoned editors away from other houses to round out an editorial staff of 14. The newcomers are Audrey LaFehr, editorial director for women's fiction and thrillers, joining Kensington from NAL; and Gary Goldstein, moving from Alpha Books.

Kensington is not only beefing up its editorial staff, but also its list of quality authors. "We're a private company without the deep pockets of big houses, yet we've become very competitive in acquiring good authors. This year we'll release 600 titles, with a staff half the size of many other New York publishers," said Ms. Hamilton, affectionately called "Mike" by staff and friends.

The company publishes such superstars as New York Times bestselling author Fern Michaels (newest book, The Future Scrolls), and Janet Dailey, the third largest-selling female author in the world, with 325 million books sold worldwide. Mike herself has brought in New York Times bestselling novelists Nancy Taylor Rosenberg and Sharyn McCrumbsignificant acquisitions for an independent house. "We are now strong enough to attract top authors. But we also have a number of deserving first-time novelists that we're confident we can build into well-known names, too."

Mike's vision for Kensington is "to preserve what has been built, but to grow into new areas before anybody else gets there."

Kensington is a house where editors can work with writers to help them shape successful careers . . ." Hamilton

The ability to respond rapidly to the changing marketplace has been one reason for Kensington's growth. For example, Kensington was the first major publisher to publish a line of romances for African American readers. Today the line, known as Arabesque, is owned by BET, but Kensington still distributes Arabesque as well as other BET imprints.

Kensington, which has its own sales force and book club, is the last remaining independent U.S. publisher that releases titles in all formats hardcover, trade and mass market. The company now accounts for about 7 percent of all mass market paperback sales in the U.S.

Despite an incredible annual output of titles, Kensington manages to give its writers a lot of support. "Here they receive extensive editorial help, including line editing and guidance on how to promote their books. Yet, we try to keep the whole process fun." Most of Kensington's writers are represented by agents. A few, however, come over the transom. "But don't send me anything sad, anything that would make we want to shoot myself," says Mike. "At Kensington, our strength is in ' feel good' books."

Novelist Elizabeth Berg Relies on the Power of the Unconscious 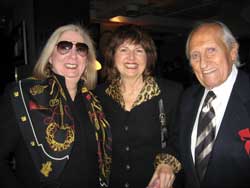