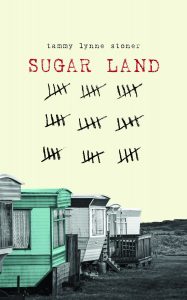 Born and raised in Midland, Texas, Miss Dara is a large, awkward young woman working in an egg store. Unsure of who or what she is, the strange feelings she has for her girl friends crystallize one day when newcomer Rhodie walks into her heart. Instant friendship turns to love during an afternoon by a quiet creek, but this is small town Texas in 1923, an unforgiving time and place for those deemed perverts by good churchgoers. After their love is discovered, Dara knows what will happen to her and college-bound Rhodie if they defy convention. She takes a cook’s job at Imperial State Prison Farm for men, well away from her hometown.

. . . a heartfelt story of what it meant to be ‘different’ in the Deep South during the middle 20th century.

Seeking to stay away from the world and her true nature Dara is victimized by the lecherous head cook, but finds friends in co-worker Beauregard and black convict Huddie. Huddie has a gift for song, and can tell a story on a beat up twelve-string guitar that would make an angel weep. Dara and Huddie find a forbidden kinship in their defiance against a judgmental world, where each is persecuted because of what they are. Dara finds love of a kind with the prison Warden, and settles down as Nana Dara, stepmom to his two daughters, Debbie and Edna. Both children have their own issues. Debbie has a puritanical streak, Edna a complex sexuality. After the Warden’s death Dara comes into her own self, especially when she finds true love once more.

Sugar Land is a heartfelt story of what it meant to be ‘different’ in the Deep South during the middle 20th century. Dara is a superb character with warmth and genuine humanity.

The Confessional by J. L. Powers

Alice I Have Been by Melanie Benjamin