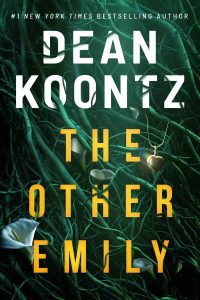 Dean Koontz’ forthcoming 2021 novel, “The Other Emily,” is so terrifying it’s impossible to set aside until the conclusion unfolds.

Like an alchemist, Koontz integrates the worst of human behavior, and love of mankind, compounded with unethical scientific research. The result is a frightening journey through fearsome madness, accompanied by extraordinary violence.

The main character is David Thorne, a successful writer, who is plagued with guilt over the death of his partner, Emily. She disappeared when her car broke down near the home of Ronald Lee Jessup, a “psychic vampire,” who abducted women and kept them in a subterranean horror chamber. Jessup is finally arrested and sent to Folsom State Prison after he admits he abducted 27 women. He reveals the locations of their remains except for 14 of the women which he claims are secreted away. The demented Jessup believed that in the future he could reanimate them as his “future brides.”

Thorne often visited Jessup after he was imprisoned in hopes of determining if Emily was one of his victims so he could give his beloved a formal burial. Meanwhile, in a parallel story, near Thorne’s house is another place of mystery, a sinister dwelling, owned by a foundation somehow involved with “horizontal gene transfer,” or cloning.

The story unfolds after Thorne meets Maddison, an exact image of Emily, at a restaurant-bar he frequents. Predictably, he becomes desperately obsessed and madly in love with Maddison.

Thorne embarks on a dark journey in his effort to determine Maddison’s true identity. He descends into darkness, “gone somewhat mad, but a little madness was preferable to unending despair.”

Kootz proves once again to be a master storyteller, well-versed in his craft, honing his-already sharp skills. His new novel is not only a stunning thriller, but a trip into the dark side of current scientific exploration.

Bread and Butter by Michelle Wildgen