Review: The Dangers of an Ordinary Night by Lynne Reeves 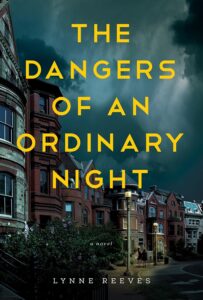 The Dangers of an Ordinary Night

After a delayed audition late one fall evening, teenagers Tali Carrington and June Danforth leave the Performing Arts High School in Boston and disappear into the night. When they fail to return home the police are called, and a media circus descends on the families. Two days later Tali and June are found on a remote beach south of the city. Tali is alive but disoriented. June is dead.

Tali’s mother Nell fiercely protects her traumatized daughter as the family disintegrates. Her husband Zeke’s gambling addiction has been a thorn in her side for years, and now it seems he knows more than he’s letting on about the reasons for the two girls’ disappearance. Detective Fitz Jameson certainly thinks so, but he’s distracted by memories of an all-too-similar case that hit his family when he was in high school. Therapist Cyn Rawlins is assigned to help Tali, although she too is trying to surmount personal and professional problems. As Fitz sifts through the evidence and statements a pattern emerges, one that leads to dark secrets. The lives of all involved collide as they close in on the truth of exactly what happened when Tali and June vanished.

Lynne Reeves writes from the heart. Her experience as a renowned counselor informs her writing to create a gripping story of the consequences of family secrets. The Dangers of an Ordinary Night is her first such novel. We hope it’s the first of many.

Get your manuscript in front of interested agents and publishers. List your query on Authorlink® Rights for Sale/Publishers Market

Conspiracy of Silence by Martha Powers 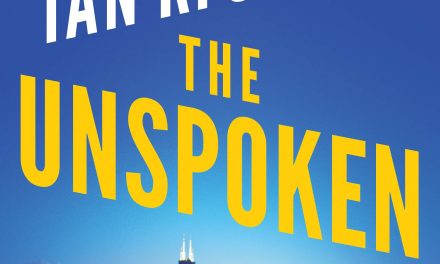