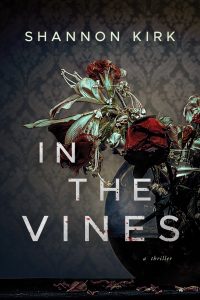 Twenty-something Princeton student Mary Olivia Pentecost – “Mop” – is related to the Vandonbeers, an old New England family with “more family money than all the Kennedys ever had, combined.” Two years after her mother Johanna’s death during a fire, Mop returns to the Haddock Point estate owned by her Aunt Liv, who was once like another mother to Mop, but Liv is definitely not the same woman she was two years ago. Access to the elegant seaside house is barred and chained, Liv has become a recluse, and her house seems full of secrets. Mop has her own demons to purge and she could use Aunty Liv’s help, but what caused this charming woman, once a dedicated nurse and a staple fixture of Mop’s young life, to become so paranoid?

. . . a twisting psychological thriller about dark and disturbing family secrets . . .

As Mop begins to unravel the secrets hidden within the Vandonbeer and Pentecost families, she comes to feel something dreadful lies in wait for her at the end of her quest. What really happened the night her mother hurled herself into the sea to escape a lethal house fire? The story alternates between Mop and Liv, whose tale begins the day she witnesses a murder in a Boston restaurant. Where the two tales merge is the beginning of a descent into a Gothic nightmare of epic proportions that ends in the basement of a burned out house.

Shannon Kirk’s In the Vines is a twisting psychological thriller about dark and disturbing family secrets that’s sure to keep lovers of the genre enthralled.

The Enchantress of Florence by Salman Rushdie