For the Sake of the Game edited by King & Klinger 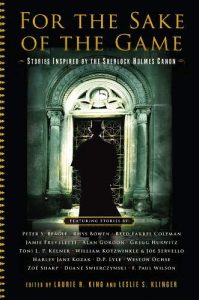 For the Sake of the Game
Stories Inspired by Sherlock Holmes Canon
Edited by Laurie R. King and Leslie S. Klinger
Pegasus Books  2018

Editors Laurie R. King and Leslie S. Klinger have assembled an anthology, For the Sake of the Game, including well-known writers from different genres whose works imitate the fictional tales of Sherlock Holmes.

They range from a song and graphic tales to just down-and-out detective mysteries.

However inspiring this idea may have been, few in the collection of more than a dozen stories capture the tension and suspense of the originals by Arthur Conan Doyle. There’s no doubt the selections are unique, but they still fail to reflect the magic or capture the creator’s literary formula and suspenseful depth of his Sherlock and sidekick Dr. Watson.

The stories, the editors say, were all influenced by the contributors’ appreciation and admiration of Doyle’s tales. Among them are the lighthearted “Dr. Watson’s Song” by Peter S. Beagle, in which Sherlock is a “ruddy genius” while Watson is often exasperated because he often fails to clue him in on case details.

In “The Adventure of the Abu Qir Sapphire” by F. Paul Wilson, the story is told by a Sherlock who is now retired. He is intrigued because he had a previous encounter with a Madame de Medici, who cleverly disappeared years before and the case was never solved. “Walk-In,” written by Harley Jane Kozak, doesn’t include any of Doyle’s characters but is a stand-alone story set in Great Britain. Another selection features a young mortician who solves a murder based on all the Sherlock stories he’d read. Most clever is the graphic tale, “The Case of the Naked Butterfly,” by William Kotzwinkle and Joe Servello.

The differing array of the collection share a common connection to Sherlock Holmes and his ability to solve the most bizarre of crimes. That all makes for some entertaining, and worthwhile, reading. 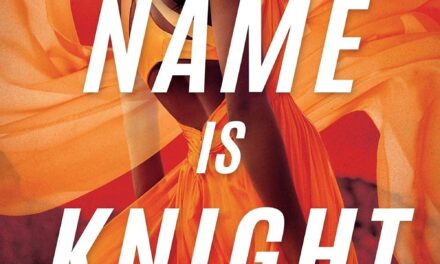 The Last Letter from Your Lover by Jojo Moyes