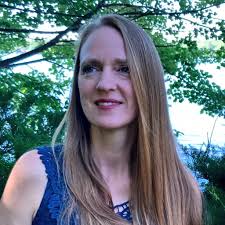 1)  I have four kids, three chickens, two dogs, and one husband. And 40,000 dead Italian honeybees (Curse you, Colony Collapse Disorder).

2)  My news and feature articles have appeared inThe Boston Globe, Business Week, The Hollywood Reporter, Baby Talk, Inc. Magazine, CFO Magazine and dozens of other publications. My short fiction has appeared in The MacGuffin and the Charles River Review. I have a Master’s Degree in Creative Writing and Literature. I’m a member of GrubStreet, the Women’s Fiction Writers Association, Sisters in Crime New England, and the WNBA (not the basketball one, I’m too short). I workshopped my novel in GrubStreet’s Novel Incubator, a year-long, MFA-level novel intensive. My novel manuscript has won several literary awards.

3)  An unapologetic SOIL NERD, I run a 100-acre organic farm in New Hampshire.

I love worms, bugs, bacteria and fungus. And compost? Don’t get me started. I can turn mountains of horse crap into yards of the most gorgeous soil you ever saw.

4)  I may be the female version of Forrest Gump (with a slightly higher IQ.) I went inside the Berlin Wall when I was six. (But I can’t talk about that.) I was inside the Soviet Union while it collapsed and I accidentally dated a Russian mafioso. (Didn’t know, I swear. Things got weird.) I was also in South Africa while Apartheid unraveled and I accidentally made friends with one of Bishop Desmond Tutu’s cellmates. She said, “Would you like to meet Desmond?” I said, “Sure.” So we hung out. I tend to win most raffles I enter, and I love a good box of chocolates.

5)  My favorite books are Jane Eyre, Here Comes the Sun, The Dry, Underground Airlines, The House of Spirits, Salvage the Bones, Little House in the Big Woods, One Hundred Years of Solitude, Interpreter of Maladies, The Time Traveler’s Wife, The Poisonwood Bible, The Persian Pickle Club, and all the Harry Potter books. And pretty much anything about soil science.

6)  I adore The Sundance Film Festival and try to go every year. The Writer and Director Q&As are fantastic and you can’t beat the people watching. FYI, it is absolutely possible to walk up to Bradley Cooper at a party, introduce yourself, and have a casual conversation.

7) I love to ski, kayak, write, and cook (mostly vegetarian or vegan foods I invent myself, then force my family to eat.)

Other Awards for Julia