UK Booksellers Side With US in Opposing British Rights Grab

UK Booksellers Side
With US in Opposing
British Rights Grab

DALLAS//NEW YORK, NY/6/19/06Five European booksellers and distributors have signed and sent an open letter to British and American publishers strongly opposing British publishers move to make Continental Europe an exclusive distribution territory. The rights controversy, brewing since early in the year, heated up in May at BookExpo America and has steadily gained momentum in the industry.

The booksellers say that Britains attempt to gain exclusive territory will not result in increased sales. Rather the so-called land grab will promote more non-store sales via the Internet and encourage British publishers to ban together to fix book prices and terms.

The protesters also say that maintaining an open market for U.S. titles will provide consumers with greater choice and will result in higher sales for booksellers.

The battle over several complex issues has far-reaching financial implications for publishers, agents, and authors.

At issue are so-called open market rights to export English language books into Continental Europe. In the open market situation, both US and UK publishers have the non-exclusive right to distribute books into non-English speaking territories around the world. So in cases where an author has different US and UK publishers, this means that a traveler or native speaker in, for example, Spain, France, Greece, Italy, Japan, South America, or any other country where English is not the primary language, can frequently find both a US and UK edition of an authors work available for sale.

Now, UK publishers want to make Continental Europe an exclusive distribution territory, claiming that the British book trade is under siege from lower-priced export editions that will leak from Europe back into the UK. Their rationale is that under current European Community economic law, which encourages a unified, barrier-free market, once a book or other good is sold in one country, it may legally be sold in all the other EU countries.

US publishers dispute this, pointing out that this concern was raised nearly 15 years ago and that for reasons of cost and practicality has yet to become problematic. They further point out that the dangers of these books leaking back into Britain is just as great from their own editions as from US exports. 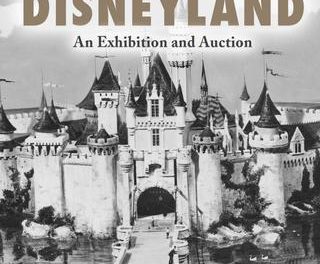