In making the announcement, Ms. Kamil said, Andys editorial acumen, experience, and passion for great writingparticularly narrative nonfiction, both literary and reportorialmake him an ideal addition to our accomplished Random House editorial team. In his six years at GQ and his seven prior years as Articles Editor at Esquire, Andy has consistently demonstrated a keen, devoted eye for the potential of his writers, their ideas, and their manuscripts. He has tremendous, encompassing gifts as an editor, especially for masterful line-editing, matched only by the constant championing of his writers.

Universally sought out and admired by agents, critics, and his editorial peers, his taste is wide ranging, as are the list of remarkable writers with whom he has worked.  They include George Saunders, Richard Powers, David Sedaris, Russell Banks, Jeanne Marie Laskas, Sean Flynn, Michael Paterniti, Walter Isaacson, and Keith Olbermann. Nine stories he has edited have been nominated for National Magazine Awards, the magazine industrys highest honor, and several articles by his writers have become the basis for books.

Andy will begin his new job in mid-September. 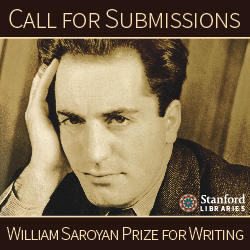