NEW YORK, NY/8/2/2007–Pegasus Books, the small New York publishing company founded in 2005 by Claiborne Hancock, has acquired U.S. rights to a long lost novel by Alexandre Dumas. The Last Cavalier, recently discovered and published in France in 2005, will be published in America by Pegasus in September.

In an audio interview with Authorlink.com, Publisher Hancock said, "We are the first to publish the book in English, though publisher Editions Phébus released a French version two years ago which did very well there." Caspain Dennis at Abner Stein is Pegasus’s agent in UK and is currently shopping the book there.

Hancock describes the book as a rousing, big, spirited action novel sweeping across oceans and continents. The publisher said it is the last novem of Alexandre Dumas–lost for 125 years in the archives of the National Library in Paris and rediscovered a number of years ago by leading scholar Claude Schopp.

According to Claiborne Hancock, it took Schopp 15 years to piece together the work and nearly another five years to edit the material. The book had originally been published as a series of magazine pieces and after discovering one excerpt, Schopp had to locate the other pieces. When he discovered the first piece in the National Library, Shopp said it was the most exciting moment of his life. In 2005, Editions Phébus released the first edition in book form.

Hancock said he decided to buy World English rights to the work because Dumas remains" very much a part of our American culture. Almost every year we see a new movie based on his work. Dumas storytelling ability resonates as strongly today as it did in his own time. He’s one of France’s greatest literary talents and I think Americans will respond well to the book too."

The last cavalier is Count Hector de Sainte-Hermine, who for three years has been languishing in prison when, in 1804, on the eve of Napoleon’s coronation as emperor of France, he learns what’s to be his due. Stripped of his title and denied the hand of the woman he loves, he is freed by Napoleon on the condition that he serve as a common foot soldier in the imperial army. So it is in profound despair that Hector embarks on a succession of daring escapades. Again and again he wins glory—against brigands, bandits, the British; boa constrictors, sharks, crocodiles. And at the battle of Trafalgar it’s his marksman’s bullet that fells the famed English admiral Lord Nelson. Yet however far his adventures may take him—from Burma’s jungles to the wilds of Ireland—his destiny lies always in Paris, with his father’s enemy, Napoleon.

Dumas, born Dumas Davy de la Pailleterie (July 24, 1802 – December 5, 1870) was a novelist, playwright and journalist. He was best known for his numerous historical novels of high adventure, making him one of the most widely read French authors in the world. Among his best known works are The Count of Monte Cristo, The Three Musketeers, and The Man in the Iron Mask.

Asked if he has entertained any motion picture deals, Hancock said it is something he is definitely considering, but he has not yet begun the process. "As our book reviews come in that will become a possibility. The Last Cavalier certainly has the same epic quality that is perfect for the large screen."

The book’s lay-down date is September 12, and Hancock expects extensive media coverage in New York, Los Angels and Washington. "This will be our biggest book yet as far as critical reception," said the publisher.

Hancock started Pegasus Books in 2005 after a distinguished editorial career at Avalon. The company, which focuses on both commercial and literary fiction as well as history, biographies and some memoirs, now publishes 40 titles a year. The house has just introduced a new health and pop psychology imprint, Isis, which will release about six titles per year. 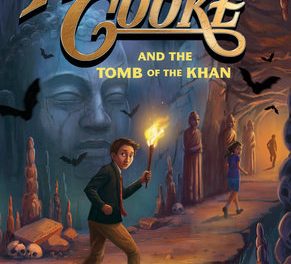