NEW YORK, NY/4/2/07-­PEN American Center, the nation’s preeminent association of writers, editors and translators, has announced that acclaimed novelist Philip Roth will be the first recipient of a major new literary prize, the PEN/Saul Bellow Award for Achievement in American Fiction. With a stipend of $40,000, the Award is the largest of PEN’s literary prizes and will be conferred biennially. It is established with the cooperation of the Estate of Saul Bellow and made possible through a generous grant from Mrs. Evelyn Stefansson Nef of Washington, D.C.

The PEN/Saul Bellow Award, selected by a panel of three PEN members or similarly qualified persons, goes to a distinguished living American author of fiction whose body of work in English possesses qualities of excellence, ambition, and scale of achievement over a sustained career which place him or her in the highest rank of American literature.

Commenting on the establishment of the Award, PEN President Ron Chernow noted, “PEN is delighted and honored to join with the Bellow Estate and Evelyn Stefansson Nef in celebrating one of America’s greatest writers, Saul Bellow, whose work over a forty-year career exemplified the capacity of fiction to encompass the totality of human experience. We are confident that this Award will help to recognize and perpetuate the qualities so evident in Saul Bellow’s writings. The initial selection of Philip Roth sets a very high standard and bodes well for the establishment of this prize as one of the preeminent awards of American literature. ”

On behalf of the Estate of Saul Bellow, Janis Bellow commented, "My husband would have been greatly pleased to learn that Philip Roth is the recipient of the first Saul Bellow Award. I am of course delighted that PEN has seen fit to honor my husband by establishing this prize."

Alluding to her support for the Award, Mrs. Evelyn Stefansson Nef said, “It’s a way of expressing my esteem for Saul Bellow’s life as teacher and his work.”

Speaking for his fellow jurors Louis Begley and Janis Bellow, former PEN president and former president of the John Simon Guggenheim Foundation Joel Conarroe commented, “There are compelling reasons why a prize honoring a man who was our greatest living novelist should be awarded to the writer who currently holds that distinction. Nobody, my jury colleagues and I are persuaded, would be more gratified than Saul Bellow himself by the selection of so brilliant and prolific a writer as the first recipient of this major PEN award.”

Philip Roth is the author of more than twenty works of fiction, and his new novel, Exit Ghost, will be published in October. In 1997, he won the Pulitzer Prize for American Pastoral. In 1998 he received the National Medal of Arts at the White House and in 2002 the highest award of the American Academy of Arts and Letters, the Gold Medal in Fiction, previously awarded to John Dos Passos, William Faulkner, and Saul Bellow, among others. He has twice won the National Book Award and the National Book Critics Circle Award. He has won the PEN/Faulkner Award three times. In 2005 The Plot Against America received the Society of American Historians’ prize for “the outstanding historical novel on an American theme for 2003-2004.” In 2006 PEN presented Roth with the PEN/Nabokov Award for “a body of work…of enduring originality and consummate craftsmanship.” Roth is the only living American writer to have his work published in a comprehensive, definitive edition by the Library of America. The last of eight volumes is scheduled for publication in 2013.

Philip Roth will receive the PEN/Saul Bellow Award at the 2007 PEN Literary Awards ceremony, to be held at the Walter Reade Theater at Lincoln Center on May 21, 2007. 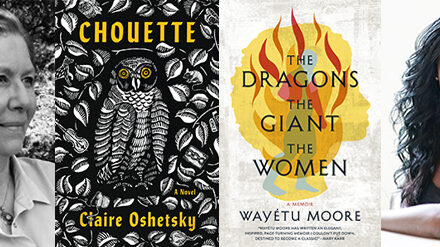