Rodale Books, the book publishing arm of Rodale, has had 13 New York Times bestsellers in 2007, with eight books debuting on the list in 2007 and five 2006 titles remaining on the list. The Abs Diet for Women by Men’s Health Editor-in-Chief Dave Zinczenko, published in May, is the second bestselling hardcover health/fitness title published in the U.S. in 2007. Rodale published The Biggest Loser Fitness Program in September to coincide with the new season of NBC’s television program, with more than 139,000 copies in print. Harvey Walden’s No Excuses! Fitness Workout by Celebrity Fit Club trainer, Harvey Walden IV, launched on September 18 with more than 89,000 copies shipped to bookstores. The company also publishes such well-known magazines as Men’s Health, Prevention, Women’s Health and Runner’s World.

“Rodale is successfully pursuing its strategy to generate more revenue from online initiatives,” said Rodale President and CEO Steven Pleshette Murphy. “At the same time, we continue to drive print advertising sales, outpacing the competition in a challenging marketplace. Together, these two revenue streams are fueling our impressive growth. It’s the best of all worlds, as Rodale’s robust brands are flourishing in print and online, and our books are connecting with a growing audience. This is a time of great transformation for our industry, and it’s vital to remain focused and nimble. Rodale has a clear vision of the opportunities that the digital future presents and the agility to seize these opportunities as well as the discipline to bring our online initiatives to fruition. One of the first media companies to integrate print and digital teams, we have a proven track record of anticipating market trends and translating our vision into results.”

Year-to-date revenues for all of Rodale’s digital initiatives, including branded sites, subscription services Web sites, and direct-to-consumer sales through online channels, increased by 73% over 2006. The company is deriving a larger percentage of its overall revenues from online activities, nearly doubling from 5% last year to 8% in 2007 to date. Third quarter revenues for all of Rodale’s operations increased 4.7% compared to the same period in 2006. Since the beginning of 2007, the company has acquired more than 4 million new customers, with one third of these customers acquired through online channels.

Third quarter revenues for Rodale’s direct-to-consumer unit decreased by 8.6% compared to the same period last year. The group is on track to sell more than twice as many magazine subscriptions, books, and DVDs as it did in 2006, and the number of new customers acquired through digital channels year-to-date is up 96% over 2006.

Revenues for Rodale’s subscription Web site business increased by 84.2% in the third quarter. The new season of NBC’s The Biggest Loser drove increased traffic to www.BiggestLoserClub.com, and the business continues to develop new products in the health and wellness space.

Rodale Marketing Solutions (RMS) has developed and executed several innovative, customized programs for automotive advertising partners, including a cross-platform in-book, online, and events promotion for the launch of the Nissan Rogue. In addition, a unique campaign for Volvo, “Share Your Destination,” launched in September. The Volvo program, which highlights the brand’s message of “rugged elegance,” includes an online component with user-generated content as well as an in-book advertorial. 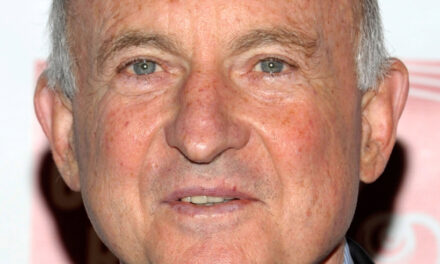