Washington, DC, July 27, 2009:   The Association of American Publishers (AAP), joined by librarians, authors, booksellers and a range of content providers and distributors, has asked the U.S. Supreme Court to reject arguments by the government that a whole category of speech can be denied First Amendment protection when the legislature finds the value of the speech to be outweighed by the governments interest in suppressing it. AAPs arguments were put forward in an amicus brief filed today in U.S. v. Stevens, a case being characterized as the most important First Amendment litigation since the Communications Decency Act challenge.

At issue is a federal statute (18 U.S.C. § 48)  that prohibits the creation, sale or possession of a depiction of animal cruelty with the intention of placing that depiction in interstate or foreign commerce for commercial gain, if the act depicted is illegal where the depiction is created, sold, or possessed with intent to sell. The law provides an exception for depictions having serious value. It should be noted that acts of animal cruelty are already illegal in all 50 states and the District of Columbia.

Robert J. Stevens, a dog-trainer, pit bull aficionado and resident of Virginia was indicted under the statute by a federal grand jury in Pennsylvania, and was convicted and sentenced to 37 months in prison for selling educational videos containing footage of pit bulls fighting and attacking other animals.  Stevens did not create the footage: some of it was 30-years old and other footage came from Japan where dog fighting is legal. Stevens conviction was overturned in an en banc ruling by the Third Circuit Court of Appeals, which held the statute unconstitutional. The Third Circuit rejected the governments argument that depictions of animal cruelty should be excluded from  First Amendment protection as a means of preventing acts of animal cruelty and desensitization to such acts, and held that there was no compelling government interest in banning speech to compensate for under-enforcement of existing animal cruelty laws.  It further ruled that the serious value exception did not render the law constitutional.

The amicus brief filed today points out that despite the Governments false assurance that the statute is limited to animal-fighting and so-called crush videos, the law is far broader on its face, and would put at risk creators of a wide range of mainstream materials, including illustrated books, films, or magazine articles graphically depicting such subjects as slaughterhouse practices, bullfighting, or poaching.  Such defendants would escape conviction only if the depictions were found to have serious value, which the trial court in this case interpreted as requiring a showing of significant and great import…a standard it is easy to imagine any number of films and other images not meeting, the brief argues.

Among the groups joining AAP on the brief are the Freedom to Read Foundation, the American Booksellers Foundation for Free Expression, PEN American Center, the Entertainment Merchants Association, the Comic Book Legal Defense Fund, and the Independent Film and Television Alliance.

The amicus brief, which can be found online at http://www.publishers.org/main/PressCenter/Archicves/documents/Finalamicusbrief.pdf, was written by R. Bruce Rich and Jonathan Bloom (Weil Gotshal & Manges LLP), counsel to the AAP Freedom to Read Committee.  The amicus effort was organized by Media Coalition.

The Association of American Publishers is the national trade association of the U.S. book publishing industry. AAPs approximately 300  members include most of the major commercial book publishers in the United States, as well as smaller and non-profit publishers, university presses and scholarly societies. The Association represents an industry whose very existence depends upon the free exercise of rights guaranteed by the First Amendment. 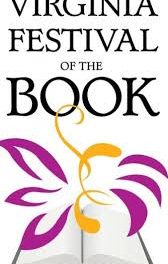