(Authorlink News, May 7, 2009)In the face of growing opposition to the Google settlement, The search giant has announced that the court is delaying the opt out period and fairness hearing for authors and publishers in Googles complex settlement with the Authors Guild and the Association of American Publishers. The opt out deadline has been extended from May 5 to September 4, 2009, and the fairness hearing, originally scheduled for June 11, 2009, has been moved to October 7, 2009.

The proposed settlement agreement, announced last October 28, would settle the claims brought by authors and publishers against Google for its illegal digitization of in-copyright books as part of the Google Library Project and authorize Google to continue to scan and to sell online access to scanned books in exchange for certain payments to the books rightsholders.

First, U.S. District Court judge Denny Chin granted the request of a group of authors to extend by four months the deadline for authors and publishers to opt out or object to the settlement. The authors, led by representatives of the estate of John Steinbeck, filed the motion April 24 seeking the extension. They argued that the two-month notice period was insufficient to allow authors time properly to digest the complex terms of the proposed agreement and to assess their implications. Representatives of the settlement classes and Google responded by filing a motion of their own which rejected the arguments presented by the Steinbeck group, but independently requested a sixty day extension in order to allow the settlement class more time to consider its rights and options under the Settlement.

In granting the authors request, the judge set September 4, 2009 as the new opt-out date. He also delayed the fairness hearing originally scheduled for June 11, 2009 until October 7, 2009. All other deadlines and key dates will remain unchanged.

The proposed settlement has unprecedented scope, and would encompass potentially millions of in-copyright books, including those of foreign authors and publishers. Indeed, public scrutiny of the settlement, particularly (but not only) from foreign quarters, had appeared to increase in recent weeks as the original May 5 opt-out deadline approached. The delay will provide authors, publishers and others with more time to assess the settlement terms and make a determination whether to participate, opt-out or take other action.

Antitrust Inquiry Commenced by US Department of Justice

Later in the day, with the Blogosphere still abuzz with news of the extension, it was widely reported by several major news outlets that the U.S. Department of Justice had opened an antitrust inquiry into the settlement. The reports suggested that to date the inquiry appears to be focused on the treatment of orphan works  those in-copyright works whose owners cannot be readily located or identified  under the settlement. An oft-repeated criticism of the proposed settlement agreement has been that it would provide Google with an effective monopoly over the use of orphan works by immunizing it, and it alone, from any infringement claims with respect to the use of such works. Advocacy groups and others have called on the Justice Department to intervene to address this and other antitrust concerns. While the DOJs inquiry does not mean that it necessarily will intervene, its interest in the settlement, along with Judge Chinns grant of the authors motion for an extension, does suggest that the road to approval may not be as smooth as Google would like. 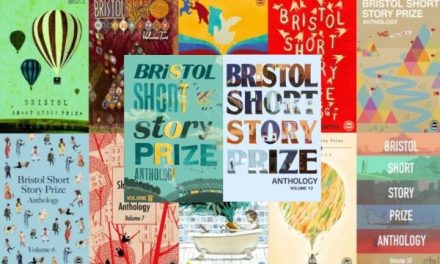