ANN ARBOR, Mich./AUTHORLINK NES/Sept 20, 2010 /– Readers will enjoy a veritable cornucopia of blockbuster fiction and non-fiction titles this fall including Jonathan Franzen’s “Freedom,” Oprah’s Book Club pick, as well as books by John Grisham, Ina Garten, Nora Roberts and many others. While these books are sure to find their way on to many a holiday shopping list, the buyers at Borders have turned over a few stones to reveal a list of gems that serious readers will delight in reading.

“The fall season is rife with big new releases that will appeal to virtually every reader — and we’re absolutely thrilled to offer those titles,” said Mike Edwards, CEO of Borders. “Yet there’s a selection of lesser known books, gems that our buyers are really excited about. These are mid-tier titles that typically don’t get the media attention that books say from Franzen, Palin and Stewart will typically get. Nevertheless, they are well written, entertaining and thought-provoking – perfect for the avid reader who enjoys the boasting rights of being the first among her friends to discover a compelling read.”

I Still Dream About You by Fannie Flagg is a favorite of fiction buyer Jennifer Northcutt. “Flagg’s sassy southern flair and disposition comes through her writing – and it’s incredibly entertaining,” said Northcutt. “Any reader who likes a novel that is one-part-mystery, one-part-comedy will want to pick up this book and enjoy it with a big glass of sweet tea.” Northcutt also recommends Rose in a Storm by Jon Katz, a story that’s told from the perspective of a protective working dog named Rose whose main job is to watch over her farm. “As he has done in the past, Katz fluidly tells a story that allows the reader to garner a clear perspective of Rose, her farm and her master all through her eyes. Touching and honest, Rose in a Storm is a must-read this fall season,” she said.

For the mystery lover, there’s Dan Wells’ Mr. Monster about a teenager who despite having murderous thoughts is desperately trying not to become a serial killer. But, when he is confronted with evil, his monster wants to come out. “A truly fresh, unique voice in the serial killer genre — I loved it,” said Ellen Clark, mystery buyer. Clark also likes Louise Penny’s Bury Your Dead, about an obsessive historian’s quest for the remains of the founder of Quebec, Samuel de Champlain, that ends in murder. “This is one of the best mysteries I’ve read this year,” she said.

Readers who enjoy political books will like buyer Robert Fields’ suggestions including Monsoon: The Indian Ocean and the Future of American Power by Robert D. Kaplan. “This book argues in masterful prose that the Indian Ocean and the countries around it will be the nexus of power and conflict in the 21st Century,” said Fields. Another of his picks is Matt Taibbi’s “Griftopia: Bubble Machines, Vampire Squids and the Long Con that is Breaking America. “This is a provocative analysis of the ongoing financial and political crisis in America. Taibbi’s scathing humor and intense language make this a great read and very thought provoking,” remarked Fields.

Buyer Brian Armbrustmacheris enthusiastic about biography Growing Up Laughing: My Story and the Story of Funny by Marlo Thomas. “This is one of my favorite biographies of the year – unique in that it’s a memoir, celebrity interview, joke book and love letter to comedy all in one. Marlo delights with stories of growing up the daughter to comedy legend Danny Thomas and shares lots of reminiscences about comedy greats like Sid Caesar, George Burns and Red Skelton.” Armbrustmacher also recommends This is NPR: The First Forty Years. “This is a treasure trove of NPR’s most outstanding contributions of the past 40 years, including behind-the-scenes photos, essays, original reporting, transcripts of interviews – all by NPR favorites like Cokie Roberts, Susan Stamberg, Renee Montagne and Ira Glass,” he said.

For the history buff, there’s My Thoughts be Bloody by Nora Titone about the story of the Booth family in 19th Century America. “Though the focus is on brothers John Wilkes and Edwin, Titone also looks at the incredible yet tragic life of their actor father Junius. This is grand history in the style of Team of Rivals,” said buyer John Tewsley. “I also like Bloody Crimes: The Chase for Jefferson Davis and the Death Pageant for Lincoln’s Corpse by James Swanson. It’s a dual narrative that is both thrilling and eerily macabre in a patriotic kind of way – it’s a nice bookend with Titone’s book.”

New York Times food columnist Melissa Clark’s In the Kitchen with a Good Appetite is a must for both novice as well as accomplished cooks, according to buyer Zan Farr. “It’s great for beginners because the recipes are clear and concise and advanced cooks will love her use of ingredients in new and wonderful ways. Check out the Porgy with Fennel Frond Pesto – it’s dynamite!” Another of Farr’s favorites is Harvest to Heat: Cooking with America’s Best Chefs, Farmers and Artisans by Darryl Estrine and Kelly Kochendorfer. “This is a cookbook for serious cooks. It celebrates the use of local and artisanal ingredients with recipes from America’s best chefs including Daniel Boulud, Tom Colicchio, Thomas Keller and Nancy Silverton among many others.”

Fans of romance novels won’t want to miss Maybe This Time by JenniferCrusie. “It’s a delightful contemporary tale of a woman who is asked by her ex-husband to take care of two orphaned kids in a house that is allegedly haunted,” said Sue Grimshaw, romance buyer. “Rich characters, great story and laugh-out-loud funny!” Readers who enjoy dystopian young adult tales like the Hunger Games trilogy will like Matched by Ally Condie, which is set in a future where choices — including whom to love — are predicted and controlled by the Society. “This book forces you to think about choice. Would you choose a perfect life if the cost was freedom? Or, would you follow your heart and risk losing everything? Compelling characters, romance and mystery will leave you eager for more,” said Denise Barber, associate buyer for the young adult category.

Headquartered in Ann Arbor, Mich., through its subsidiaries Borders Group, Inc. (NYSE: BGP) is a leading specialty retailer of books as well as other educational and entertainment items. The company employs approximately 19,500 throughout the U.S., primarily in its Borders(R) and Waldenbooks(R) stores. Online shopping is offered through borders.com. 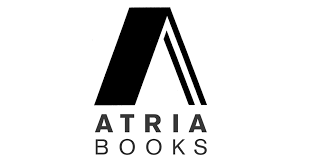