11/08/04Ballantine Books and Random House have acquired world rights to two novels and two nonfiction books on writing by bestselling author Gail Godwin, it was announced today by Nancy Miller, Senior Vice President and Editor-in-Chief of Ballantine and Executive Editor of Random House, who is also Godwins editor.

QUEEN OF THE UNDERWORLD, to be published by Ballantine in January 2006, is the novel Godwin fans have been waiting for. Set in Miami in the early 1960s, it is a big, sweeping, and yet intimately realized story about an ambitious young journalist named Emma Gant, whose fierceness of her belief in herself is set against the events of the larger world. Emma Gant is certainly one of the most memorable, deliciously absorbing characters Ive met in a long, long time, says Miller. I can imagine readers years from now as familiar with Emma Gants name as we are with Isabel Archers or Becky Sharps.

Simultaneously, Random House will publish THE MAKING OF A WRITER, Volume I, the first of two extraordinary journals kept by Godwin about her early life as a writer, both to be edited by Rob Neufeld. The first volume begins in 1961, when Godwin, 24, having failed at an early marriage and lost her newspaper job, takes a freighter to Copenhagen, determined to become a writer of fiction. It offers a day-by-day rendering of the literary efforts and personal adventures of a young writer at the beginning of what would be come a distinguished career. A faithful diarist for decades, Godwin was encouraged to publish her journals by Joyce Carol Oates, who reminded her how much Virginia Woolfs A Writers Diary has meant to them both as developing writers.

Godwins second novel, THE RED NUN, is set in a Catholic girls school in a former Victorian hotel in the Blue Ridge mountains of western North Carolina in the early 1950s. A psychological ghost story, THE RED NUN follows a group of difficult adolescent girls and the nuns who attempt to teach them.

Simultaneously, Random House will publish THE MAKING OF A WRITER, Volume II, which covers the years including Godwins apprenticeship at the Iowa Writers Workshop, where she and fellow student John Irving, under the tutelage of Kurt Vonnegut, published their first novels. Volume II takes us through the summer of 1972 which found Godwin at the Yaddo community in Saratoga Springs where she met composer Robert Starer, with whom she would spend the next thirty years.

Godwin is the author of eleven acclaimed novels, including the bestsellers Evensong, The Finishing School, and A Mother and Two Daughters. She has been a finalist three times for a National Book Award and is the recipient of a Guggenheim Fellowship, National Endowment grants for both fiction and libretto writing, and the Award in Literature from the American Academy and Institute of Arts & Letters. 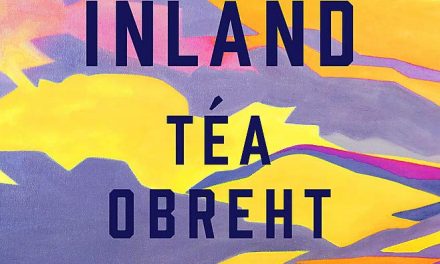