Washington, DC/2/13/06The Association of American Publishers (AAP), jointly with six other copyright-related trade associations, has submitted its annual Special 301 Report to the Office of the United States Trade Representative (USTR). The report, completed under the umbrella of the International Intellectual Property Alliance (IIPA), details copyright piracy and related intellectual property rights (IPR) issues as well as market access problems around the world.

The review explores copyright protection and/or enforcement problems in 68 countries/territories. The report was prepared in response to a statutorily mandated review of intellectual property protection worldwide, undertaken every spring by USTR. Based upon the effectiveness in which intellectual property theft is minimized, USTR will place countries/territories on an appropriate list. The worst offenders are designated as Priority Foreign Countries and are vulnerable to immediate sanctions under the Trade Act of 1974, as amended. Countries not designated as a Priority Foreign Country are placed on one of two watch lists. The Priority Watch List and the Watch List both serve to send a message that the U.S. government will be closely monitoring its progress in intellectual property protection. IIPA submits its recommendations for USTRs review every February.

In todays report, IIPA recommends designation of one country as a Priority Foreign country and asks for placement of 44 countries on an appropriate watch list. The report also discusses piracy and market access problems in 22 other countries/territories but is not recommending that they be placed on a watch list

As a result of its review, the IIPA is asking that Russia be designated a Priority Foreign Country and recommends that its eligibility for benefits under the Generalized System of Preferences trade program (GSP) be suspended immediately. It also urges that 16 countries including India, the Peoples Republic of China, the Philippines, Egypt, Turkey and many more be placed on the Priority Watch List. IIPA asks that 28 other countries/territories be placed or maintained on the Watch List, including South Korea, Taiwan, Canada, Brazil, Mexico and Saudi Arabia. In addition, IIPA recommends that Paraguay continue to be monitored over the course of the year to ensure that the anti-piracy work currently taking place continues. . The group calls for out-of-cycle reviews on six countries/territoriesBrazil, Canada, Hong Kong, Malaysia, Saudi Arabia and South Korea to allow USTR to assess measures taken by a designated point between normal Special 301 cycles.

AAP, as a member of the IIPA, submits specific recommendations as they relate to the publishing industry as part of the annual review. Tackling piracy of books and journals is one of IIPAs seven global trade priorities for 2006. AAP estimates losses to US book publishers once again at over $600 million in 2005, as a result of continued commercial scale photocopying, illegal print runs, unauthorized translations and CD-R burning of book text. Internet piracy, in the form of illegal access to online materials or peer to peer trading of scanned literary materials, is sharply on the rise as well, but not included in this years estimated losses.

AAP President and CEO Pat Schroeder states, The relatively stable nature of the loss numbers for 2005 indicates that some progress has been made, but this progress is unfortunately countered on a global scale by new obstacles that have arisen. On the positive side, continued cooperation on enforcement matters in Hong Kong and Taiwan are notable. South Korea is stepping up its actions against on-campus infringements and some universities in Saudi Arabia have made adoption practices more transparent. Good dialogues have been initiated between industry and government in the Peoples Republic of China and India. All of these, and many more, are positive developments that should be applauded and encouraged. We look forward to seeing even more cooperation between the publishing industry and our overseas trading partners in 2006.

However, Schroeder points out that the picture is not completely rosy. We need more resources devoted to fighting book piracy worldwide, and especially in the territories AAP monitors in Asia. Even where enforcement is at least partially effective, court delays remain, especially in countries such as India and the Philippines. Legal developments in Hong Kong, Thailand, South Korea and elsewhere continue to deny effective protection to book publishers, and enforcement mechanisms so effective for other industries in countries such as Pakistan have not yet been employed against book pirates. Furthermore, market access barriers continue to harm the industrys efforts to make genuine product available in relevant markets such as China.

In all these measuresencouraging the continued momentum of positive developments and working toward increased cooperation with regard to areas of concerngovernment to government interaction is essential. The involvement of USTR and other relevant government agencies in this process is vital to our continued success in making inroads against the problems identified here and throughout the year. This report can serve as a guide for governments and industry alike as they plan for the rest of 2006.

IIPAs recommendations to USTR, submitted in conjunction with other copyright industries, can be accessed at www.iipa.com.

The Association of American Publishers is the national trade organization of the US book publishing industry. AAPs members include most of the major commercial book publishers in the United States, as well as smaller and non-profit publishers, university presses, and scholarly societies. AAP members publish hardcover and paperback books in every field, educational materials for the elementary, secondary, postsecondary, and professional markets, computer software, and electronic products and services. The protection of intellectual property rights in all media, the defense of intellectual freedom, and the promotion of reading and literacy are among the Association’s primary concerns.

Waldenbooks to Downsize in 2010 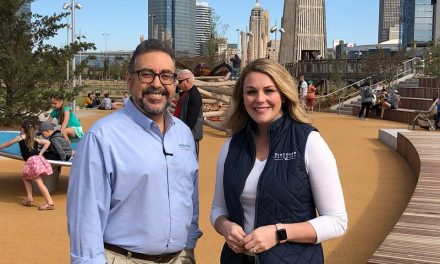