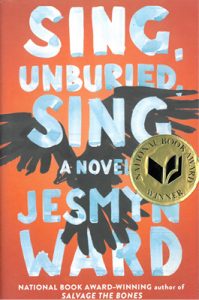 Jesmyn Ward is the winner of the fiction category. Here are added details.

National Book Foundation: Why did you write this book?

Jesmyn Ward: As a lifelong reader, I fell in love with classic “Odyssey” novels early on—especially As I Lay Dying, The Grapes of Wrath, and The Adventures of Huckleberry Finn. Yet I always felt somehow outside these books. This novel responds to that tradition, reflecting the realities of being black and poor in the South, the realities of my people and my community. While the novel explores darker aspects of Mississippi’s past and present, through Parchman Farm, the Mississippi State Prison, and the complicated legacy of slavery and mass incarceration, it’s also a celebration of the black family and familial love. My characters face the terrible consequences of racism and poverty wherever they go, but they also have an incredible, tender, transformative love for each other. I wanted to acknowledge all of the forces that work against us and our ability to survive despite all.

Ward: That’s a hard question! I’m fortunate to live in a region with great booksellers – Lemuria, Square Books, Turnrow, Octavia, and Garden District, to name a few – and I also had a meaningful experience at Eso Won, in Los Angeles. And libraries were often my refuge as a girl. But I have to say that my favorite is my local bookstore, Pass Christian Books. The original store was swept away in Hurricane Katrina, but the owner came back and rebuilt. It’s a beautiful space and a fantastic resource for the small town where I live, and it always has great literature, including great Southern literature. Pass Christian has been a meeting place for all kinds of people, across age and status, and I’m lucky enough to consider my local bookseller to be a friend.

Jesmyn Ward’s Sing, Unburied, Sing is a narrative so beautifully taut and heartbreakingly eloquent that it stops the breath. Through fully imagined characters both living and dead, this road novel moves beyond the road into the bigger story of what it means to be an American in the rural South both now and decades before this moment. From the elderly, loving Pops, to the clairvoyant toddler, Michaela, the living and the dead confront racism, hope, and the everlasting handprint of history.

ABOUT THE BOOK (FROM THE PUBLISHER)

Jojo and his toddler sister, Kayla, live with their grandparents, Mam and Pop, and the occasional presence of their drug-addicted mother, Leonie, on a farm on the Gulf Coast of Mississippi. Leonie is simultaneously tormented and comforted by visions of her dead brother, which only come to her when she’s high; Mam is dying of cancer; and quiet, steady Pop tries to run the household and teach Jojo how to be a man. When the white father of Leonie’s children is released from prison, she packs her kids and a friend into her car and sets out across the state for Parchman farm, the Mississippi State Penitentiary, on a journey rife with danger and promise.

Sing, Unburied, Sing grapples with the ugly truths at the heart of the American story and the power, and limitations, of the bonds of family. Rich with Ward’s distinctive, musical language, Sing, Unburied, Sing is a majestic new work and an essential contribution to American literature.

Jesmyn Ward received her MFA from the University of Michigan and is currently an associate professor of creative writing at Tulane University. She is the author of the novels Where the Lines Bleeds and Salvage the Bones, which won the 2011 National Book Award. She is also the editor of the anthology The Fire This Time and the author of the memoir Men We Reaped, which was a finalist for the National Book Critics Circle Award. In 2016, the American Academy of Arts and Letters selected Ward for the Strauss Living Award.

On October 4, 2017, the Foundation announced 20 finalists in the categories of Fiction, Nonfiction, Poetry, and Young People’s Literature.  Authorlink’s favorite for the fiction award is Elliot Ackerman. One Winner in each category will be announced at the National Book Awards Ceremony and Benefit Dinner on Wednesday, November 15, 2017. Each Winner will receive a prize of $10,000. Each Finalist will receive a prize of $1,000.   Read more about the finalists following the links below.

ABOUT DARK AT THE CROSSING (FROM THE PUBLISHER)

Haris Abad i is a man in search of a cause. An Arab American with a conflicted past, he is now in Turkey, attempting to cross into Syria and join the fight against Bashar al-Assad’s regime. But he is robbed before he can make it, and is taken in by Amir, a charismatic Syrian refugee and former revolutionary, and Amir’s wife, Daphne, a sophisticated beauty haunted by grief. As it becomes clear that Daphne is also desperate to return to Syria, Haris’s choices become ever more wrenching: Whose side is he really on? Is he a true radical or simply an idealist? And will he be able to bring meaning to a life of increasing frustration and helplessness? Told with compassion and a deft hand,

Dark at the Crossing is an exploration of loss, of second chances, and of why we choose to believe—a trenchantly observed novel of raw urgency and power.

Elliot Ackerman, author of the critically acclaimed novel Green on Blue, is based out of Istanbul, where he has covered the Syrian Civil War since 2013. His writings have appeared in The New Yorker, The Atlantic, The New Republic and The New York Times Magazine, among other publications, and his stories have been included in The Best American Short Stories. He is both a former White House Fellow and a Marine, and has served five tours of duty in Iraq and Afghanistan, where he received the Silver Star, the Bronze Star for Valor and the Purple Heart. 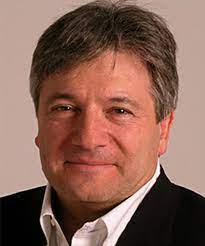