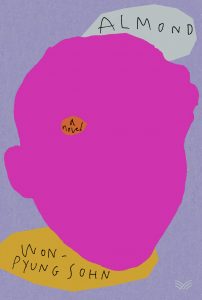 Yunjae was born with small amygdalae which kept him from feeling anger or fear or knowing how to respond with other emotions. He lives with his mother and grandmother who love him but obsess over teaching him emotions so he won’t be an oddity at school. Gon was kidnapped as a young child and reunited with his father as a teenager filled with rage. Both boys land at the same school where Gon at first torments and beats up Yunjae, frustrated that he can’t bring out his emotions. Both outcasts, the boys are drawn to each other in an uneasy friendship.

Authorlink:  What was your first idea when you started to think about this story and where did it come from?

Sohn (responses translated by Sandy Joosun Lee): I got my first idea from my childbirth. One of the things that struck me hard was just how vulnerable a human baby is. A child literally cannot do anything. A pup can walk and run right after it is born, but a human baby is just so weak, it almost makes me wonder where they get the confidence to come out into this world so fragile.

…the fundamental communication tool that precedes language is emotion.”

That was when I realized the fundamental communication tool that precedes language is emotion. And as a writer’s habit, I imagine the opposite of what I experience, so I asked myself, “What if I have a baby who can’t feel emotion?”

After Almond was published in Korea, I was asked many times if I’ve ever met a person diagnosed with alexithymia. I have never met anyone who is without emotion. But as I mentioned above, the story came from me. My questions like, ‘How does a child without emotion get to communicate and survive in life?’ ‘How would a parent treat such a child?’  became the seed of Almond.

Authorlink:  How did your story grow after that? How did other characters develop?

Sohn: I got the keyword “emotionless human” from my childbirth and childcare, but an infant child can really spark a lot of different questions:

– I know I’m devoted to caring for my fragile child with unconditional love, but will my heart stay the same all throughout one’s growth?
– The only expectation for a newborn child is simply to grow up healthy, but why does a parent expect higher things as a child grows up?
– A child grows up daily and changes every day, I wouldn’t be able to recognize my child if I were to lose and much later find it.
– What does it mean to be a parent or an offspring? Will I be able to love my child even if it grows up to be against my expectation?
– All children are born under equal conditions, but why do their fates show different trajectories in a mere ten years?
– What makes us human — our inherent trait or environment?

What makes us human — our inherent trait or environment?

All these questions occupied me and created the characters–Gon who is lost and found, his father Professor Yun who struggles to accept him, and Yunjae’s mom and grandmother who are determined to raise Yunjae with love, who is otherwise considered a monster.

Authorlink:  How did you envision the relationship between Yunjae and Gon at first? Did your ideas change as the story developed?

“…love can “melt away” the parts that are frozen in the child who everyone thought hopeless.”

Sohn: I had two ideas that came to me at once–a child with no emotion and a child who grows up against all expectations. Yunjae and Gon are embodiments of these ideas. I wanted to put them in the antipodes of each other. The media and literary worlds have just portrayed a weird character like Yunjae as cold and unbeloved, so I wanted to depict an awkward character who is in fact loved unconditionally by one’s family. I believed such love can “melt away” the parts that are frozen in the child who everyone thought hopeless.

Gon could have had a full and flourishing life had he not been lost when he was young. His artistic sensibilities could have blossomed. But I wanted to explore how Gon’s sensitive trait evolves in the environment that breaks him.

Authorlink:  What did you do for research?

Sohn: I read different books about the brain as well as research studies for various neurological disorders. At the end of the day, I have come to the conclusion that the researches allowed room for imagination. While there are still ongoing studies on the brain, the fact that there is plasticity in the brain is promising. Yunjae is born like a rock in terms of emotion. But through the love by his loved ones and the tenacious questions he asks himself and the world, Yunjae is able to uncover the hidden seeds inside him and bloom with the help of the explosive stage of adolescence.

Authorlink:  What did you do prior to writing Almond that helped you get to that level of writing?

“…my first profession was in the film industry.”

Sohn: I always wanted to be a writer ever since I was young, but my first profession was in the film industry. I went to a film academy, worked as movie staff, and directed a short film, etc. Throughout these years, I’ve never stopped writing short stories and other forms. Almond is my debut novel but it would be safe to say all my prior writings have led up to this point as part of the process.

Authorlink:  How was HarperVia the right place for your book?

Sohn: I am very delighted and honored to publish Almond English edition through HarperVia. It is wonderful how they utilized different, various marketing tools in a professional manner. I know we are all going through the global crisis of Covid-19 which still remains  a concern and challenge, but in the midst of this, I hope Almond has been able to reach many hearts and souls, and I feel HarperVia has been doing a great job in making it possible.

Authorlink:  What do you hope we learn from your story?

Sohn: All of us are born with emotion as a communication tool, sealed with our inherent traits. It is an instinct that we express emotions, with which even animals share.

But what sets us apart as humans is that reason comes into play in practicing emotions the right way. Our best and worst moments all come from emotion. At times, we feel so much pain that it almost feels like we are better off being emotionally numb. But after all, humans cannot live without interaction, and it is through emotion that we reveal and guard ourselves.

“…I would like the readers to learn to cherish our emotions.”

So I would like the readers to learn to cherish our emotions. Also to know that the ability to properly practice emotion is the power of reason only we humans have. Everything aside, if they enjoyed the book, that is of course the best compliment a writer could ask for!

Authorlink:  What are you working on next?

Sohn: I have a new novel coming out that features four female and male characters and their tender love story. Also, I have always been interested in children’s literature, so I am writing a pre-teen adventure story about a girl with a special power. As a writer, my dream is to keep writing different and diverse stories.

About the author: Won-pyung Sohn has a degree in directing from the Korean Academy of Film Arts and has won film awards from the 6th Cine21 and the Science and Fantasy Writers. She has written and directed short films including “I Believe in the Moment,” “Oooh, You Make Me Sick,” and “A Two-way Monologue.” Almond, her first novel, won the Changbi Prize for Young Adult Fiction. Her second novel, Born in 1988, won the Jeju 4.3 Peace Literary Award.

Extraordinary Adventures: A Journey of Discovery 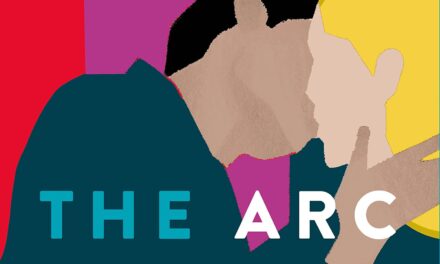