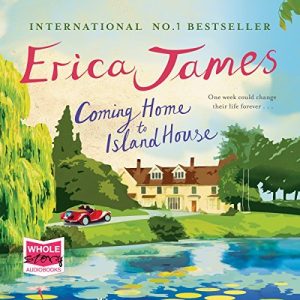 Erica James, bestselling author of Summer at the Lake, rewards her readers with her latest novel, Coming Home to Island House, a beautifully described story about how one family found their way when they were forced to come together.

AUTHORLINK: Miss James, welcome to Authorlink! We’re so glad to have you here. We thoroughly enjoyed Coming Home to Island House. There is an emphasis on family relationships and romance in this book, amongst other things, that is rather gripping and satisfying to read. It’s also set at the beginning of the Second World War. What is it about this genre and era that attracts you?

I love to write about families, I find them endlessly intriguing.

JAMES:  I love to write about families, I find them endlessly intriguing.  Every family is different and has its own story to tell, and as far as I’m concerned, as an official observer of other people’s lives, that particular well is bottomless when it comes to inspiring me.

If somebody had told me ten years ago that I would be writing about the Second World War I would have shaken my head and laughed as previously I was known for writing contemporary novels.  But then I wrote Summer at the Lake, which is set in modern day Oxford and Lake Como (Italy) 1950.  I found that I really enjoyed doing the research for that era and it set me off in a new direction.  My next novel, The Dandelion Years featured Bletchley Park during the Second World War.  Again I loved doing the research, and wanted to explore the era more, so I wrote Song of the Skylark, which features a young American girl who crosses the Atlantic to England just before the outbreak of war.

All of these novels have two time frames, contemporary and WWII, and so the next challenge I set myself was to set a book entirely in the past, and that became Coming Home to Island House.  But to answer your question properly, as to what it is that attracts me to the 1940s, I would say that it’s a combination of things, the heroism of the period, not just on the parts of those who went to war, but those left behind who lived through the fear of bombing raids, the challenge of rationing and the daily fear of losing a loved one.  Through it all, there was a great sense of camaraderie, but human nature being what it is, there was still plenty who would take advantage of the situation for their own ends.

AUTHORLINK: Yes, well put. There seems to have been a lot more integrity present in the generation that suffered through the first and second world wars. You are the author of 21 bestselling novels and the winner of the 2006 Romantic Novel of the Year Award. You also divide your time between Suffolk and Lake Como in Italy, which is a dream come true for most of us. What do you love about living in Como? Do you work better there than at home in Suffolk? If so, why do you think that is?

I always feel that I’m more productive when I’m writing in my apartment overlooking Lake Como . . .

JAMES:  I always feel that I’m more productive when I’m writing in my apartment overlooking Lake Como, and I think that’s because I’m so relaxed when I’m there.  While there are plenty of lovely distractions going on at the lake, such as enjoying the beautiful scenery, catching up with friends there and eating out in wonderful restaurants, the daily grind of all those mundane things we have to deal with at home is removed and I can focus all my energy into writing.

AUTHORLINK: It sounds so romantic! You have numerous points of view in Coming Home to Island House. Each character has his or her chapter. It’s impressively done because the personalities and voices are clearly distinguishable and therefore, easily remembered. What made you write it in this way?

JAMES:  I’ve written this way since my very first novel, so it’s second nature to me.  Funnily enough, I particularly enjoy writing as a man.  Not sure what that says about me!

AUTHORLINK: That you can put yourself in other peoples’ shoes! Earlier this year, you said, “I just make it up as I go along and regularly find myself surprised by what happens to a character, or what a character says.” (The Book Trail 11 Jan 2018). So no guideline before you start off a novel? Have you ever written yourself into a corner? Do you feel your stories leave a fresher impression this way?

I really do make it up as I go along, which can be quite a flying-by-the-seat-of-my-pants experience!

JAMES:  I really do make it up as I go along, which can be quite a flying-by-the-seat-of-my-pants experience!  I haven’t ever written myself into a corner, but often what happens is that I introduce all the characters, setting each one up with his or her own personal story within the larger story, and then by about chapter eleven or twelve I have to make the decision as to what happens next.  That can be quite a scary moment.  In all the years I’ve been writing, the ideas have dropped out of the ether into my lap, as if by divine intervention, and just at the right time.  I describe that as the magical part of the process and is what makes it feel fresh and spontaneous for me, and hopefully for the reader too.

AUTHORLINK:  Definitely. A few years ago you opened up about your relationship with your mother, which regretfully was not the best. Did she enjoy your success and your books before she passed away? Were you able to come to some sort of truce?

JAMES:  My mother never knew of my success, dying some years before the publication of my first novel.  There was never an actual truce, but on my part, there was a degree of acceptance.

AUTHORLINK: Glad to hear it. Had you ever done any writing courses? If so, which one gave you the confidence to write your first novel?

JAMES:  In the early days, before I was published, I did indeed go on a few writing courses, the first one being an important turning point for me.  The course was with the Arvon Foundation and the two tutors were enormously encouraging and gave me the confidence – and belief in myself – that maybe writing was something I could do.

AUTHORLINK: It’s so important, isn’t it, for someone to believe in your writing as you find your voice. Which three of your books do you feel would translate particularly well into film, and whom would you like to see playing the leading roles?

Going by what my readers tell me, Tell it to the Skies would be a definite contender for being turned into a film.

JAMES: Going by what my readers tell me, Tell it to the Skies would be a definite contender for being turned into a film.  For the lead male character I would like David Tennant (of Doctor Who, Hamlet and Broadchurch) to play Noah.  Next, I would pick The Queen of New Beginnings and have Martin Freeman (of Sherlock Holmes and The Hobbit) to play the character of Clayton Miller.  Interesting that I’m singling out the male characters, isn’t it?  Finally, I think Coming Home to Island House would translate very well into a film, or a television adaptation.  For the part of Romily I would chose Essie Davis who plays Phryne Fisher in the Australian series Miss Fisher’s Murder Mystery, and also Game of Thrones.  I think she would capture Romily’s sassy spirit extremely well.

AUTHORLINK: They sound like brilliant choices! How do you handle criticism? Do you take it on the chin or does it upset you terribly?

I hate criticism, no matter how ‘constructive’! I always take everything far too personally,

JAMES:  I hate criticism, no matter how ‘constructive’!  I always take everything far too personally, so really have to brace myself when I have any editing work to do on a manuscript.

AUTHORLINK: Good to know. Do you have the same agent and publisher that you had from the start of your career? If so, why and if no, why?

JAMES:  I’m a great believer in continuity and so I’m one of those rare authors who has had the same agent and publisher since Book 1.  My UK publisher has changed greatly over the years, many of the original team who helped to make my books such a success have long since left, and so I see myself as something of a veteran!

AUTHORLINK: If it aint broke…As soon as you started writing Coming Home to Island House, we understand you felt you would have a sequel. Is that what you’re working on now?

JAMES:  That absolutely was the plan in my head when I started writing the book, but when I reached the end I didn’t know where to take the story next, so I opted to write an entirely contemporary novel, which should be out in hardback next spring.  Meanwhile I have my thinking cap on for a sequel …

AUTHORLINK: That sounds very intriguing! And one final question, just for fun, if you could invite anyone over for dinner, dead or alive, whom would it be and why?

JAMES:  Agatha Christie would be a fascinating dinner guest.  I would love to know what she thinks of the iconic status of her characters Miss Marple and Hercule Poirot.

AUTHORLINK: Yes, no doubt, tickled pink. Miss James, it was so brilliant to talk to you today. Best of luck with Coming Home to Island House – we look forward to the next instalment!

JAMES:  Thank you, it’s been a pleasure talking to you.

About the Author: Erica James was born in Surrey, England, but grew up on Hayling Island, Hampshire since she was four years old. She attended a writing course, amongst others, at the reputable Arvon Foundation and is the author of 21 best-selling novels. In 2006, her novel Gardens of Delight won the Romantic Novel of the Year Award from the Romantic Novelists’ Association.

With an insatiable appetite for other people’s business, Erica will readily strike up conversation with strangers in the hope of unearthing a useful gem for her writing. She finds it the best way to write authentic characters for her novels, although her two grown-up sons claim they will never recover from a childhood spent in a perpetual state of embarrassment at their mother’s compulsion. Erica divides her time between her homes in Suffolk and Lake Como. 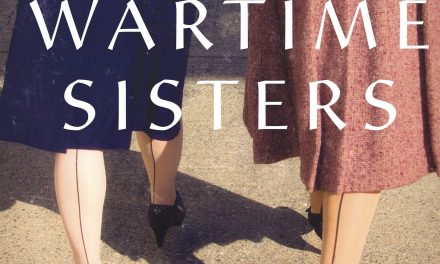