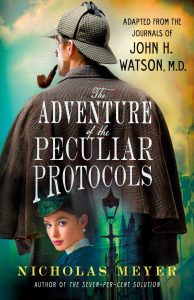 The Adventure of the Peculiar Protocols

London, 1905. Dr. John Watson is enjoying life. His second marriage is blissful, his medical practice successful. The heady days of adventure with Sherlock Homes seem behind him—or so he thinks. A fine meal with Holmes to celebrate the latter’s fiftieth birthday is interrupted by the unexpected appearance of his brother Mycroft. The shadowy eminence of British government intelligence has a difficult task for the pair. He wants them to locate the author of an incendiary document, The Protocols of the Learned Elders of Zion, which purport to be the minutes from a meeting of prominent Jews planning world domination. They’re manifestly fake and poorly written, yet in the wrong hands the Protocols could cost the lives of millions. The author must be found and forced to confess his deceit before it’s too late.

The pair are aided by intelligent and beautiful Anna Strunsky Walling, a Jewess with deep experience of Russia who seems to have an effect on Holmes like no other woman—bar one. But a powerful and shadowy enemy takes an interest in their mission. In Russia the trio find answers in a town still reeling from a recent massacre of Jews, and even Holmes’ famous sang froid cracks at the horrors they uncover. Danger lies all around. Even the fabled Orient Express isn’t safe. Can Holmes and Watson solve their most important case yet, before the Protocols begin their deadly work?

. . . an adventure as gripping as any Conan Doyle could have written.

The game’s afoot once more as Holmes and Watson pair up to solve The Adventure of the Peculiar Protocols. Nicholas Meyer has a virtuoso touch in bringing the fabled duo to life in an adventure as gripping as any Conan Doyle could have written.

The Dante Club by Matthew Pearl 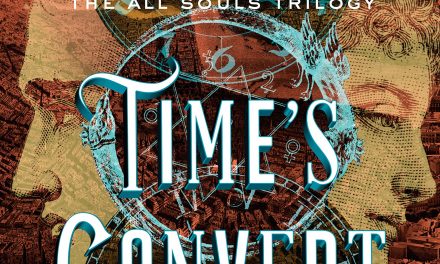 Women at Ground Zero by Susan Hagen and Mary Carouba