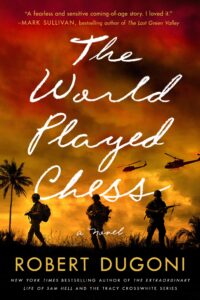 The World Played Chess Robert Dugoni Lake Union   Vincent Bianco graduated from high school in 1979. A typical youngster on the verge of adulthood, he wants some fun in his last summer before starting college. To raise money for college—and a beer or two—he takes a job as a laborer on a construction crew with two Vietnam veterans. Of the two, William Goodman has a bad case of what would later be termed PTSD.

… a deeply thought-provoking take on a man’s coming of age.

As they work together over the summer, William’s life becomes an object lesson to Vincent. Flunking college in 1968, drafted into a huge and uncaring military machine, William finds himself in Vietnam. It’s a country he doesn’t know nor cares anything about. He’s expected to kill people he has no argument with, while trying to avoid getting killed in the process. Men die all around him while the enemy fights to eject the Americans from their country. Boys grow up fast—if they grow up at all. Vietnam is a place William may have left physically, but in his mind he never left at all. In 2016 Vincent, now a father himself, has to deal with his eighteen year old son’s rocky transition to adulthood. When William mails him the journal he kept in Vietnam, Vincent reads it and casts his mind back to his experience with William, and the object lessons he learned—sometimes the hard way—on his own path to manhood. Can his own example help his son? Robert Dugoni is a master storyteller. The semi-autobiographical The World Played Chess is a shining example of a writer at the top of his game, and a deeply thought-provoking take on a man’s coming of age.

Forgive Me by Amanda Eyr Ward

The Blade Itself by Marcus Sakey 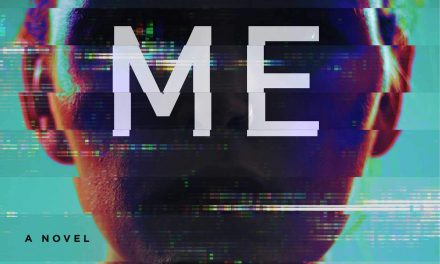 In Silence by Erica Spindler