Review: Lucy by the Sea: Intimate Portrait of Grief 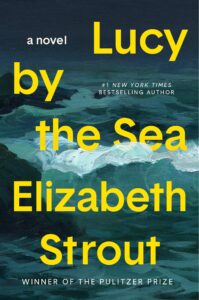 Lucy by the Sea

Elizabeth Strout has a unique gift for sharing the intimate on the page; the private moments when we are stripped of artifice, acting authentically, speaking from our core, and laying ourselves bare to others.  I knew this when she let me in the room as the main character of her linked story collection Olive Kitteridge stole her daughter-in-law’s shoe and bra, in an attempt to get the upper hand with the know-it-all who was a bit too much like Olive herself.

Like all great novels, Lucy by the Sea shows us the every day played out against the background of a larger drama.

While Olive acts out furtively, Lucy Barton, protagonist of Lucy by the Sea, talks to us openly with great warmth and frankness about her experiences navigating the pandemic. The catastrophe becomes the backdrop for Lucy’s deepening understanding of herself, attempt to understand the politics of the day, and changes in her close personal relationships wrought by the crisis.

The story begins with Lucy’s ex-husband and friend, William Gerhardt, a scientist, suggesting they decamp to a rented house on the coast of Maine to avoid the Covid virus, which is ravaging New York City. Lucy’s response is honest and heartbreaking. “I felt terribly sad, like a child, and I thought of the children’s book Heidi that I had read in my youth, and of how she had been sent somewhere and she was so sad that she walked in her sleep. For some reason this image of Heidi kept going through my mind. I would not be able to go home, and this sank into me deeper all the time.”

Lucy’s feelings of childlike helplessness, which return in other sections of the book, seem entirely real and grounded in her experience of childhood trauma. The rawness of Lucy’s voice is born out of not being seen as a child. Lucy’s difficult childhood was chronicled in earlier novels, My Name is Lucy Barton and Oh William (shortlisted for the Booker Prize). That Strout lets us in on Lucy’s fears, builds readers’ empathy and makes them cheer Lucy on as she continues to navigate the world.

Her first response to the pandemic is disbelief, which morphs into grief as acquaintances die. “It’s odd how the mind does not take anything in until it can,” observes Lucy. Her grief is magnified as she mourns her second husband, David, a cellist who’d died a year earlier.

As it was for some of us in real life, the pandemic was an impetus for Lucy’s personal exploration. Living in a remote setting in Maine that includes pockets of poverty, Lucy recalls her own childhood of loneliness and depravation, as she says to William:

“My whole childhood was a lockdown. I never saw anyone or went anywhere.”

And the truth of this hit me straight into the bowels, and William just looked at me and said, “I know, Lucy.” He said it as a reflex, without thinking about what I had said, is what I thought. But I was so sad that evening: I understood—as I have understood at different points in my life—that the childhood isolation of fear and loneliness would never leave me.

Lucy also contemplates the socioeconomic and political divides of the day. Exploring Maine by car, Lucy notices the poverty around her and thinks about her siblings living a working-class life back in Illinois and the political affiliations born of their disenfranchisement.  “They had been made to feel poorly about themselves, they were looked at with disdain, and they could no longer stand it,” Strout writes. But reflecting on the January 6th insurrection, she adds, “And then I thought, No those were Nazis and racists at the Capitol. And so my understanding — my imagining of the breaking of the windows — stopped there.”

The pandemic also becomes a driving force for the evolution of Lucy’s personal relationships. Secluded with her first husband William, she learns that he has prostate cancer and was rendered impotent by the surgery. As they grow closer again, she finds they are able to connect in ways that go beyond the physical, despite his betrayal of her by having affairs during their marriage.

She also builds a friendship with Bob Burgess (a character in Strout’s novel The Burgess Boys) who accompanies her on walks, listening attentively, gives Lucy and William Maine license plates for the car so that they can avoid the hostility of neighbors who would see them as outsiders, and connects William with a doctor who can help him with prostate issues.

Her relationship with one of her daughters is changed as she watches Becka navigate her husband’s infidelity, which mirrored Lucy’s earlier experience with William. Lucy laments Becka’s lack of communication and is set straight by her daughter Chrissie:

“She doesn’t call me anymore,” I said. Chrissy hesitated before she said, “I think she doesn’t need you like she used to. Even those years married to Trey she still needed you, but, Mom, you did your job. She’s on her way.”

So we watch as Lucy does her best to understand herself and connect with others in a world changed by the global pandemic.  She is adrift at times but ultimately anchored in love, connection, and the bravery required by everyday life.  Like all great novels, Lucy by the Sea shows us the every day played out against the background of a larger drama. It remains the small moments that yield wisdom and reflect the complexity, the horror, and the beauty of life.

Sometimes I Feel Like a Nut by Jill Kargman

A Single Breath by Lucy Clarke

The City in the Lake by Rachel Neumeier 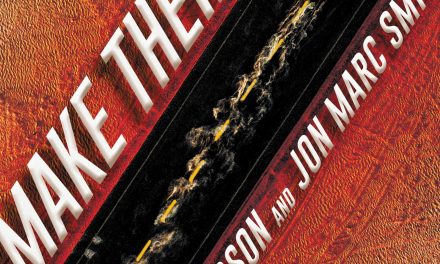