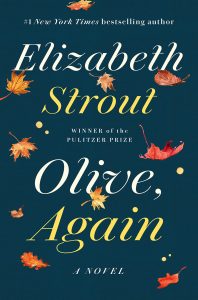 I remember the moment I fell in love with Olive Kitteridge. It was near the end of the book and Olive was lying down looking out a window. I could feel her pain. I imagined lying down next to her and wrapping my arms around her. This level of empathy for such a difficult character showed how well Author Elizabeth Strout had been able to peel back the layers of Olive’s humanity.

“Has Olive been changed by loss or mellowed by age?”

There is more of this laying bare at work in Olive, Again, Strout’s follow-up to the Pulitzer Prize winning Olive Kitteridge that picks up with Olive as she finds love again and navigates old age. Has Olive been changed by loss or mellowed by age? No, like most of us she is herself only more so as she grows older.

Part of the appeal of this unflinching look at the experience of a difficult older woman is the rarity of such portraits. Fiction is rife with the exploration of the experiences of old men. Another draw is Olive’s unvarnished honesty. This trait is defined by the character Jack Kennison, Olive’s second husband, who describes kissing her “like kissing a barnacle-covered whale” in the opening story “Arrested”:

never to say how they really felt about something,

And this is why he missed Olive Kitteridge.

Olive’s bluntness makes her entertaining. It’s like watching your prickly sister-in-law navigate the world without having to be on the receiving end of her barbs.

The stories, which are deeply rooted in a small community of Crosby, Maine, reveal the difficulties of human communication, the misunderstandings, assumptions, and near misses. The characters are fully drawn and real. There are no manufactured revelations or glorified redemptions. There are stories of people doing their best as they bump up against other people.

In “Motherless Child” Olive stumbles through a visit with her son and his family. The chapter begins:

Trouble compounds as Olive doesn’t have the right kind of food for the children, makes a present for only one of them, and awkwardly presents her fiancé.  When her daughter-in-law yells at Olive’s son Christopher in front of the children, Olive remembers yelling at her husband when her son was little and thinks Christopher has married a version of his mother. Olive comes to the realization that she raised her son as a “motherless child,” without kindness and compassion. These flashes of self-awareness, however rare, serve as believable epiphanies.

. . . articulates the beauty, loneliness and confusion of being human . . .

At the same time, moments of connection are highlighted in ways that leave a lasting impression, as when Olive reaches out to Isabelle Goodrow, who Strout fans will remember from her novel Amy and Isabelle, and they bond over their flawed relationships with their children.

In the last story, “Friend,” Olive contemplates her life.

“Olive, Again articulates the beauty, loneliness and confusion of being human.”

had been a lucky thing; without luck, why would they have loved her? But

they had. And her son seemed to have come around. It was herself, she realized,

that did not please her.  She moved slightly in her chair.

But it was too late to be thinking that—

Olive, Again articulates the beauty, loneliness and confusion of being human. Strout is willing to say what is left unspoken and to take on the complexity of what it means to live in our own skin and try to be a part of a couple, a family, a community.

The book ends as it started, in the muddle of life, as Olive tries to do her best and to pick herself up and move forward, even if she doesn’t have a clue what she is doing.

The Lake of Dreams by Kim Edwards

The Civil War: The First Year Told by Those who Lived it 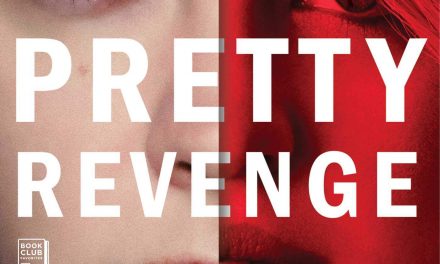