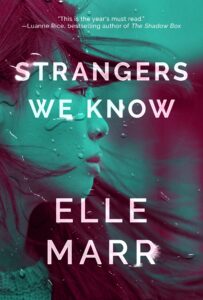 Ivy Hon knows she was adopted. Her birth mother gave her up at only a few days old, but aside from the fact she’s of Chinese-American extraction, Ivy knows little else. Although she had a loving upbringing, the natural desire to find her blood kin is made urgent by a need to identify the cause of her debilitating illness. Ivy’s genetic search via an online agency takes a dark turn when an FBI agent approaches her with shocking news—she’s related to the Full Moon Killer, who has evaded police in the Pacific Northwest for years.

… an enthralling story that slowly builds in suspense …

Ivy contacts her new-found cousin Lottie, who immediately invites her to her home in rural Rock Island, Washington. There Ivy meets members of the Caine family—her blood kin—that once dominated Rock Island. It’s not long before Ivy senses deep undercurrents at work in the outwardly ordinary community, centered on an organization called One Family. Its influence is widespread, and the Caines have ties with it. Is One Family as benevolent as it seems, or are there darker motives at work? Although Ivy learns of her mother’s tragic past and her mysterious father’s disappearance, she’s no closer to finding the source of her illness, and threats and acts of sabotage make Ivy realize the Full Moon Killer’s now aware of her. Ivy knows if she makes one false step, she’ll be the killer’s next victim…

In Strangers We Know, Marr has created an enthralling story that slowly builds in suspense to the gripping climax—with a surprising twist in the tale.

Past Tense by Bob Levy

The Lost Sisterhood by Anne Fortier

Cures for Heartbreak by Margo Rabb