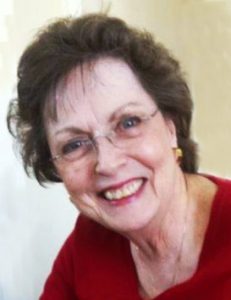 A Beautiful Terrible Thing, Jen Waite, Penguin Random House - Madly in love, enjoying marriage and new motherhood, Jen Waite was eager to dismiss the nagging suspicion that her husband was having an affair after finding a disturbing email on their home computer.

The Seasonaires, Jana King, Pegasus Books - For a twentysomething, there is no summer job better than being a seasonaire—there are no responsibilities, college is barely a thought, and you’re surrounded by beautiful people.

In today’s digital publishing environment, many authors wonder if having a literary agent is at all necessary. The short answer... View Article

Followers of the "Me Too" movement (or "#MeToo" used in social media) may find Barry Eisner's latest thriller, THE NIGHT TRADE gratifying to see justice done

Editor Doris Booth answers many questions from writers on Quora. Here are a few of some of the best questions. ... View Article

A Key to Improve Writing Skills: What Is Story Shape?

All well-written stories have a compelling shape. Think of story shape as the underlying form or structure of a piece, often called the story plot.  Some writers envision story shape like a pyramid, hourglass, stack of blocks, or a line graph. I like to imagine the tale as a lump of clay which takes on human form and meaning in the hands of a skilled writer.There are nine essential parts of a story:

THE RUINED HOUSE, Ruby Namdar, Harper 2017 in the USA - the first novel by Jerusalem-born Ruby Namdar, a work that marks the arrival of an important writer in Jewish-American literature.

The National Book Foundation announced winners of the National Book Awards on November 15, 2017. See the full list on their site. Jesmyn Ward is the winner of the fiction category. Here are added details about her winning novel.