New York, NY/AUTHORTLINK NEWS/April 7, 2011– Aileen Boyle has been appointed Associate Publisher of David Rosenthals imprint at Penguin Group (USA), it was announced today by Mr. Rosenthal. In this role, she will be coordinating sales, marketing and publicity as well as working closely with Mr. Rosenthal on shaping his imprint’s overall strategy. She will begin in her new position on July 1st.

Aileen is one of publishings consummate professionals, Mr. Rosenthal commented. Her range of talents and creativity will mesh perfectly with the dynamism of this new imprint.

Ms. Boyle said, “The team at Penguin is second-to-none and David Rosenthal is one of the most creative minds in the business. I am delighted to be reunited with David and excited to be a part of his new imprint. There are talented authors and important books to bring to readers. I will put my energies into new, effective and memorable ways to help authors do what’s most important: tell a good story.”

Ms. Boyle was most recently at Simon & Schuster, Inc., where she was Vice President, Associate Publisher, overseeing the sales and marketing concerns of many New York Times bestsellers on behalf of the company’s flagship imprint. She created the Speaker’s Bureau at Simon & Schuster, where she was also Director of Publicity, creating publicity campaigns for bestselling authors such as Hillary Rodham Clinton, Bob Woodward, Jimmy Carter, David McCullough, Walter Isaacson, Mary Higgins Clark, James J. Cramer, James B. Stewart, Jeffery Deaver, James Carville, Martin Cruz Smith, David Gergen, Paco Underhill and Michael Beschloss. Prior to working at Simon & Schuster, Ms. Boyle was a publicity executive at HarperCollins, where she created publicity campaigns for Billy Graham, Wally Lamb, Howard Stern, Jewel, and Morris Dees, among others. She began her publishing career in 1991 in the publicity department of The Berkley Publishing Group. 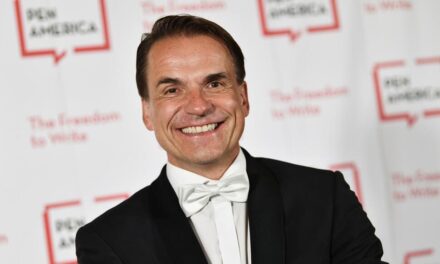 Markus Dohle Steps Down as CEO of Penguin Random House