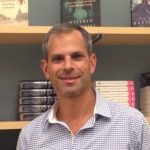 The Waxman Leavell Literary Agency (WLLA) was founded by literary agents Scott Waxman and Byrd Leavell. The agency has represented dozens of New York Times bestsellers from novelists, journalists, internet personalities and celebrities. Scott Waxman began his career at HarperCollins in 1990 as an editor and later opened the Waxman Literary Agency in 1997 before co-founding WLLA in 2012. Byrd Leavell began his career at the literary agency Carlisle & Company which later merged to became Inkwell Management and worked as an agent at the Waxman Literary Agency for eight years before co-founding WLLA.

WLLA is a development-oriented firm, specializing in representing nonfiction and fiction authors with powerful stories. Our strength lies in our ability to match authors with ideas and to connect them with the best possible publisher for their book. Our clients are accomplished journalists, experts in their fields, celebrities and first time writers with an exceptional story or message to share. We have been associated with dozens of bestsellers and award winning projects, and look forward to continuing to help bring exciting and successful new voices to American and international markets. 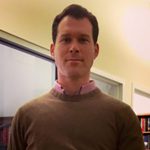 “The great thing about being an agent is that it never gets boring. Each book allows you to enter a new world. Also, we like to continue to challenge ourselves by working with different kinds of authors.

I am looking for relevant, original and well written non-fiction. I like history, sports, biography, health and science, adventure, business, and inspirational stories and have been involved with many bestsellers in these categories. I am not taking on any fiction at this time. Authors who have compelling untold stories that are well researched and engagingly written should contact me.”

A graduate of the University of Virginia and the Radcliffe Publishing Program, Byrd Leavell has been an agent for fourteen years and in that time has overseen dozens of bestsellers within multiple categories. He handles narrative and perscriptive non-fiction, sports, humor, and commercial fiction that reads like you just grabbed hold of a speeding train; his clients include Cat Marnell, Drew Magary, GloZell Green, Caroline Calloway, Steve Spurrier, Rich Roll and Julie Piatt, Justin Halpern, Jen Romolini, Jay Chandrasekhar, the anonymous author of Diary of an Oxygen Thief, Babe Walker, “Weird Al” Yankovic, Pete Sampras, George Karl, Mike Sacks, and John. L. Parker Jr.

Date Company Established: 1997
Percentage Of Fiction/Non-Fiction Represented: 10% Fiction, 90% Non Fiction
Recent Sales: THE SEXUAL OCCUPATION OF JAPAN/RICHARD SETLINE/HARPER COLLINS; BLACK MOUNTAIN/LES STANDIFORD/PUTNAM; THE IDIOT’S GUIDE TO BASEBALL/ JOHNNY BENCH/MACMILLIAN
Categories Of Interest: NON FICTION, LITERARY FICTION, EXPERIENCED WRITERS
Do You Accept E-mail Queries? Yes
Do You Charge A Reading Fee? No
Do You Run An In-House Editorial Service? No
Are You In Any Way A Subsidy Publisher? No
Do You Charge For Up-Front Expenses? No
Is The Fee Reimbursed To The Writer If You Sell The Work? No
Do You Tell A Represented Writer Where You Are Submitting The Work And Send Copies Of Rejections? Yes