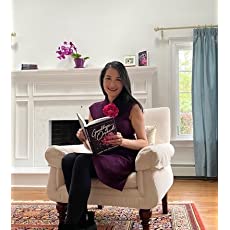 Too Chinese for America, Too American for China

When I was eight years old, my family moved to rural Maryland. I showed up for my first day at the low brick schoolhouse in my best frock, patent leather shoes and matching braids. A pale skinny boy locked eyes with mine. A new friend? I smiled. “Chinese, Japanese, dirty knees, look at these,” he taunted. I pulled back as if slapped, my first memory of bigotry.

You see, I was born in New Jersey, and always felt American even though I’m ancestrally Chinese. I grew up devouring cartoons and Happy Meals, and later, SNL and MTV. 7-11 was my favorite destination on road trips, and I could distinguish a Yodel from a HoHo blindfolded. Yet some of my small-town classmates only saw my differences. Too Chinese.

Who hasn’t experienced that gap between how we feel on the inside versus how others judge us from the outside? I couldn’t change my jet black hair any more than my African-American friend could change her dark skin.

As a child, I turned my back on my ancestry, denying any connection to the mysterious country that was locked behind a wall of Communism. My family contributed to my mixed feelings, speaking of China with hushed criticism all while clinging to homeland traditions. Here’s the brief history. My parents and grandparents were born in Shanghai and then fled around 1948, after the Communist party came into power. I didn’t understand how many Chinese had grappled with that same experience, because my family rarely spoke about the turmoil of leaving behind family, property, wealth. When stories did emerge, their whispered tones seemed to indicate secrets and shadowy unknowns.

China’s mystique emerged in my mind out of a paradox. On the one hand, my family was clearly Chinese. The elder generation’s imperfect English filled me with embarrassment. But I was proud of their work ethic, an attempt to build something from nothing. My grandmother labored over scallion pancakes, sticky rice and pork zongzi, and julienned tofu and celery to toss into traditional Shanghainese dishes. She never fully mastered English, so she and my grandfather attended a Chinese Baptist church, where sermons were delivered in English and Mandarin. Whenever I visited, they loved treating me to their favorite dim sum restaurant, where they’d point to familiar dishes, filling our table with shrimp dumplings, turnip cakes, flat gelatinous noodles and my favorite, egg custard desserts.

On the other hand, my grandparents, parents and aunts and uncles rarely shared stories about their lives before immigrating to the US. Since the borders were closed, it was an unspoken fact that they either couldn’t travel to China or, if they did, they might be unable to leave. Since no one spoke of it openly, China seemed like an unreachable and perhaps unsavory country.

By high school, I moved to a more diverse town, and many differences—cultural, religious, economic—seemed to wash out in the milieu. I felt more comfortable. Then in college, I flew to Asia for the first time, visiting Taiwan and Hong Kong as a cultural exchange student in a program known as “The Love Boat.” (The program earns its moniker from an uncanny ability to match-make: one case in point is my cousin and her husband, now married 25+ years.) I loved that trip, especially the nights out to “beer gardens” but also the feeling of belonging with a thousand other Chinese-American students.

Finally, as an adult, an opportunity arose to travel to Beijing on a business trip. By then, the political tides had shifted. China, though still a Communist country, had embraced capitalist ideals for commerce. Borders were open. Travel was not only possible, it was promoted. One of my aunts had purchased an apartment in Shanghai, and encouraged me to visit.

I filed my visa application with cautious enthusiasm, curious to visit my ancestral home. That first trip was a whirlwind week of meetings, trying to adjust to the twelve-hour time difference, and one unforgettable afternoon admiring the vastness of China’s Great Wall. At first, the sameness of everyone’s black hair and dark eyes struck me. I even wondered for a hot second whether I’d have trouble distinguishing between my Chinese colleagues. There was no need to worry!

That trip yielded an offer to take an overseas assignment in Beijing. With that one week visit as our only barometer, my husband and I decided to take the chance and move with our twin children.

I flew into China’s capital with huge expectations of myself. I’d spent the two months after accepting the assignment pounding Rosetta Stone, listening to language lessons in my car, and studying Mandarin on my computer at night. I figured that my glossy black hair and Asian genes would lead strangers to assume that I was Chinese, so I’d better be able to speak putong hua.

The language skills came in handy. They helped me acclimate to a country where I needed to communicate with my driver and nanny, and where I was essentially illiterate, unable to make sense of the Chinese characters. The colleagues at my office complimented the speed with which I picked up conversational Mandarin. It helped that I’d spoken a dialect of Shanghainese as a child. Our whole family grew to love our expat community where we lived, and the close-knit International school that the boys attended.

The real surprise came a year into my assignment. One night at a restaurant, three of us sat around a Lazy Susan table, the remainders of our multi-course meal rotating from one person to the next.

“How come you learned Chinese so much faster than the other expats?” my friend asked, her chopsticks plucking a tasty morsel from one of the porcelain platters.

I blushed, aware that I still had much to learn. “Well, they’re waiguoren,” I said, using the Mandarin word for foreigner, which universally indicated anyone not from China. “And I look Chinese, so I figured people would expect me to speak Chinese.”

She swallowed her mouthful and put down her utensils, her eyes crinkling. “Silly you, of course you don’t look Chinese.”

“What? What do you mean? How could I not look Chinese? I’m 100% Chinese,” I said, thinking about my Shanghainese parents and those elementary and middle school bullies who relished reminding me of my heritage.

“Oh no,” she corrected me. “We’d never mistake you for Chinese. Never with that toufa, or with those clothes.” She pointed at the angled flip of my hair, and stylish black layers.

Our colleague chimed in, her ringed fingers jabbing towards me in good humor. “We can tell you’re Western from a mile away,” she laughed. “It’s your mannerisms. The way you carry yourself.”

Soon, they changed the subject, the observation obvious to them. But I remained floored. What? I had thought this would be the one place where being Chinese meant I could fit in. It was a strange paradox that at home, people judged me based on my Asian appearance. Yet in the land where I thought I’d be assumed to be Asian, Chinese Nationals saw me for how I felt on the inside. American.

It took me four decades but I finally found, in my ancestral home, the place where I felt most American.

Returning to the US, I realize that my aperture had broadened. The idea of binary options is an illusion. Being Chinese comes with a rich history. Being American comes with an entrepreneurial spirit. I’m both. I’m just me.

Now, my twins are high-schoolers and I’m proud that they’ve traversed an easier identity journey. They have some Asian features but also a foot in Europe, from my vegetarian husband’s Dutch, Polish and Austrian ancestry. Maybe they’re helped by my self-acceptance, our matter-of-fact approach to being a mixed race family, or our community’s open-mindedness.

When they were little, we introduced the concept that they’re bi-racial, explaining that they’re “half mommy” and “half daddy.“

“Oh, I get it!” one boy exclaimed, pumping his chubby fist. “We’re half Chinese, and we’re half vegetarian!”

We still laugh over the innocence in his perspective.

Around the time they were twelve, the other boy overheard us talking about their good friends, another set of twins. “They’re still in touch with the families who adopted at the same time,” I said to my husband.

My son’s eyes grew wide as he pictured the beautiful Chinese girls and their Caucasian parents. “They’re ADOPTED?”

I love that the thought had never occurred to him.

Because my boys haven’t felt too Chinese for America, or too American for China.

Perhaps we can all strive for that equanimity.

Carol Van Den Hende is an author an

d American Fiction Award winner who pens stories of resilience and hope. She’s also a speaker, strategist, and serves on nonprofit boards.  Her debut novel, Goodbye, Orchid debuted October 1, 2020, is inspired by and researched with combat-wounded veterans. A portion of the earnings benefits military personnel and other non-profits. If you like heart-warming romances and magnanimous heroes, then you’ll love this emotionally-charged story. For fans of Me Before You and Fault in Our Stars, Goodbye, Orchid asks…

“What choice does a wounded hero have when loving his woman means breaking his own heart?”


Categorised in: Rants and Revelations