On the 10th anniversary of its creation, the Willie Morris Award for Southern Fiction (www.williemorrisaward.org) is pleased to announce Last Ride to Graceland (Gallery Books) by Kim Wright the recipient of its 2016 literary award.  Wright was honored at a ceremony at the New York Yacht Club last night where she accepted the award’s $10,000 prize. 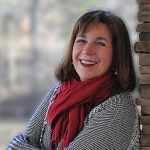 Authors, agents, publishers and booksellers are invited to submit books for consideration. The winner is selected by a prestigious panel of academics and writers, including previous award winners.  In addition to the $10,000 prize, recipients receive an all-expenses-paid trip to New York City to attend a luncheon and reception in their honor, joined by nearly 100 members of the Southern literary community and New York City publishing community.