The Woman in the Moonlight

Patricia talks to Authorlink about what prompted her to research and write the story, based on both fact and fiction. The story is being released just a few months before Beethoven’s 250th birthday, and soon is expected to become a motion picture.

In THE WOMAN IN THE MOONLIGHT, Countess Julie Guicciardi’s is the spirited eighteen-year-old taking piano lessons with Ludwig van Beethoven, the most talented piano virtuoso in the 1800’s musical capital of Europe. She is captivated by his volatile genius, while he is drawn to her curiosity and disarming candor. Between them, a unique romance. But Beethoven has a secret he’s yet to share, and Julie is harboring a secret of her own, one so scandalous it could destroy their perfect love story.

When Beethoven discovers the truth, he sets his emotions to music, composing a mournful opus that will become the Moonlight Sonata. The haunting refrain will follow Julie for the rest of her life.

Set against the rich backdrop of nineteenth-century Vienna, The Woman in the Moonlight is an exhilarating ode to eternal passion. An epic tale of love, loss, rivalry, and political intrigue. A stirring portrait of a titan who wrestled with the gods and a woman who defied convention to inspire him. 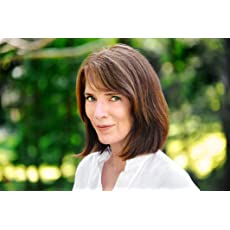 Patricia Morrisroe is the author of Mapplethorpe: A Biography, Wide Awake: A Memoir of Insomnia, and 9 ½ Narrow: My Life in Shoes. She was a contributing editor at New York magazine and has written for many other publications, including Vanity Fair, the New York Times, Vogue, the London Sunday Times Magazine, Travel + Leisure, and Departures. The Woman in the Moonlight is her first novel. For more information, visit www.patriciamorrisroe.com.