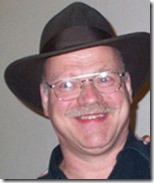 “We’re not done until you’re happy!”
Moneysaver Editing
DDEROSE@HVC.RR.COM
I have been editing mostly fiction since January 2009. Prior to that, I tweaked reviews for Debra Gaynor, owner of Reader’s favorite, a national reviewing service. The first novel I edited won a gold award. My second editing project, Ghost of Atlanta, also won a gold medal. To date, I have edited over 60 manuscripts. Thirty have been published and six have won awards.
Two of my three poems have been published in Intertwine, a book of short stories and poetry authored by Angie Merriam. Julius Thomson penned a book entitled Jumpstarting Your Inner Novelist. I contributed two chapters,  editing and grammar.
A writer and an editor need to form a writing team, working together to make a book shine. I charge by the hour ($30 per), not by the word. Why should a writer that’s worked really hard pay the same price as another who is in a rush to get something published? I edit in segments and expect to be paid after each one but I don’t expect any up-front money. I do not charge for telephone or cover consults, back cover blurbs, about the author, dedications or acknowledgements.
Here are a few things my authors have to say about me…
Joyce Isaacson… Dennis is kind and courteous and he cares about the people he helps. Working with Dennis was and still is a godsend. He is there when you need him and nurtures your inner creative juices. I would recommend Dennis highly for his one-on-one help with editing and marketing.
Alex Tangen… Chasing Instability, at first it was a messy story but he did great job editing and it is now being published. He works meticulously, studying every word, sentence and segment and he is honest. When I made a mistake he told me and it pushed me to work even harder. So if you are looking for someone who works with great dedication and skill, someone that will push you to realize your full potential, Dennis is your guy.
Visit me at Linkedin.
I also co-authored Jumpstarting Your Inner Novelist.
Tweet
Pin
Share6
6 Shares